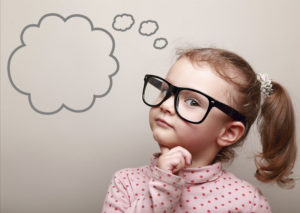 A Kindergartener listens intently as an older child chats enthusiastically about the seed-growing project displayed on the table before them.  The older child is now asking the Kindergartener questions like “When you look at this, what do you wonder?”  He sounds like a much older, wiser child because he knows how to carry a conversation and ask thought-provoking questions.  This is powerful stuff for the younger child AND the older child acting as a mentor.  Both benefit because of the thinking, speaking and social interaction skills involved in this activity.

When I first became a principal, we had a cross-grade level activity called “reading buddies”.  It began when the first-grade teacher was sharing her concern that her beginning readers didn’t practice reading enough to develop fluency.  Even though her students enjoyed books, without 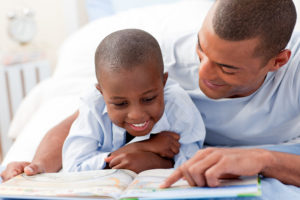 someone like a parent or grandparent to encourage and listen as the first grader read, the budding enthusiasm for reading soon wilted.  For struggling readers, enthusiasm for reading required even more persistence and practice.  Our high poverty students often did not get support for reading in the form of side-by-side listening & reading.  There are various reasons why children don’t read at home, from a lack of access to children’s books or any books to interest in other activities or sometimes a lack of encouragement from parents, babysitters or other adults in the home.

As my teachers were known to do, they all discussed possible strategies and offered to help.  The 5th grade teacher suggested they pair up a first grader with a fifth grader and schedule time for “reading buddies” in their daily schedule. The first and fifth grade teachers would circulate and assist as needed.  Most importantly, first graders would get the reading practice necessary to become fluent.  The results in first graders reading progress was significant and “reading buddies” became an ongoing program. The added benefit to the reading buddy is to have a relationship with an older student who behaved respectfully with the younger child.  This actually benefited both children by developing a positive relationship with one another.  The older child became protective and the younger child had an ally.  There were fewer bus behavior problems than other schools and students of all ages experienced respect for one another.  As an incoming principal, I also realized sometimes children have difficult relationships with their siblings or are very attached.  The reading buddies help form a healthy bond with a child of a different age level and building relationships like this often helps both children in deep and life-changing ways.

There are additional benefits for both partners if teachers include prior instruction on how to ask good questions and foster discussion with one another.  Teach kids how to stimulate conversation and you teach them how to think more deeply.  If the teacher models good questions instead of merely disseminating information, students will develop the conversational skill more readily.

I’m a firm believer that our questions – the one’s that don’t have “the answer’ but have several possible opinions or educated guesses are where the best brain-cell connectivity takes hold. 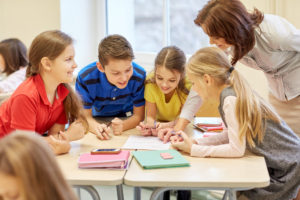 As teachers, including myself, I don’t think we spend enough time in thinking and coming up with provocative questions.  Questioning tends to be at the lowest level on the Bloom’s Taxonomy chart.  I used to teach music in 30-minute lessons.  I pushed through the lesson to get the objective met and that often meant keeping student input to a minimum and doing more singing, clapping, and playing instruments.  Action won out over allowing time to think.  But I did have certain lessons that would climb to the higher order thinking.  These lessons would delve into a song’s significance and involved student discussion.  One lesson in particular stands out in my memory.

In this lesson, the song we were learning was worthy of discussion both historically and developmentally for socio-emotional growth.  “Hold On”, an African-American spiritual, used the analogy of plowing a field to teach several SEL qualities necessary to do well in life including grit, perseverance and focus on goals.  My students experienced the song first without lyrics, stepping the beat, moving to the rhythms and hearing the musical phrasing and melody.  (Little did I realize then how this prepared my students’ brains to think better.)  I next sang the song followed by having them join in on the refrain.  As they learned the verses, I explained the historic origin of the song and how plowing a field was done at that historic time.  In those days, a single blade plow was hitched to a horse and a strong person had to hold the blade firmly into the soil and the horse pulled the blade forward.  Think Little House on the Prairie – before tractors.  As I explained, I drew chalk pictures of the plow and furrows in the soil.  Together with my questions, students understood a little history and why plowing a field well required strength and determination to “hold on”.  But then I challenged them to explain how the song was not about how to plow a field – but using that farming experience to teach about life.  Fourth graders didn’t have much experience thinking deeply.  They were used to questions that had and answer, one right answer.  I was asking for their opinions.  I was even asking them to make educated guesses, something that ordinarily was discouraged in class.

The hard part for me was to allot enough time for them to think and to ignore my discomfort when the wait seemed longer than I would like.  Crickets chirped.  Finally someone tentatively raised her hand and offered an idea.  In response I said “How insightful! Interesting idea.  I hadn’t thought of that, good thinking.”  Now I had three more hands go up.  Again I responded in a way that indicated I was after their opinions and that opinions developed from the text were good.  They cited various pieces of the text to back their reasoning.  Then one boy raised his hand.  He was one who struggled with reading, a child identified as at-risk because his decoding skills were so low.  He received remedial reading support and lacked confidence in his own ability.  Because singing involves reading the lyrics, I knew who read well and who struggled. The good thing in my class was because they were singing and heard me sing the song, a child’s ability to read was not a major obstacle.  On this particular day he had an amazing moment!  He raised his hand slowly. It finally stopped high above his head, straight and unwavering.  I could tell he had a solid thought fully formed in his mind when I called on him.  He spoke eloquently about the words that triggered his thought and that plowing straight was doing a good job and doing the right thing.  In order to have a good harvest later, the job of plowing the field must be done well. The song was really telling a young person that working hard now was important for how your life would turn out in the future.

The class and I were in awe of his thinking.  He nailed it and my face was lit up like a Christmas 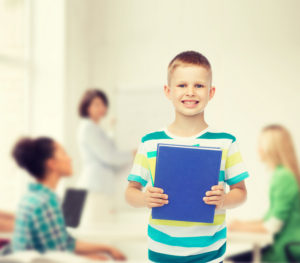 tree.  This struggling reader suddenly was the “smart” kid, the one who contributed something deep and difficult for the others to express.  I praised him for how clear and concise his words were and how deeply he considered what the song’s message was.  The class agreed with his opinion and it was a breakthrough in thinking for everyone.  I sincerely admitted that he had explained this better than I could have.  From that day forward he walked taller, smiled more and engaged more deeply in all our lessons.  The remarkable thing was, so did his peers.  The power to articulate one’s thoughts was something they all strived to do. More importantly, they also listened to each other more because one of their peers might say something meaningful.  All because I planned my questions to arouse curiosity and allowed enough time for multiple ideas to bubble up rather than explain the song to them myself.    Whether it’s working in your own classroom or teaching students to work with one another, asking questions that stimulate wonder and conversation is a powerful tool to engaging kids and getting them to think.  Arouse curiosity, give students time to think, ask questions and develop student expertise in articulating deep thought.  Let your students do the thinking and explaining and you have fostered learning at a whole, new level.